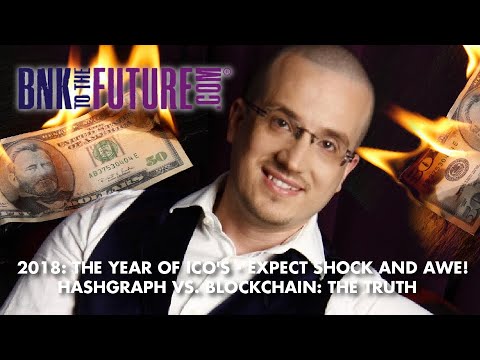 Talk about a custody battle. A slew of startups and established financial giants are vying to become the trusted vault for cryptocurrency investors’ wealth, a potentially lucrative business that could greatly boost the market for digital assets.
A glimpse of the fight: After months of rumors, Coinbase officially acquired Xapo, the cryptocurrency custody business known for hoarding Bitcoin in a Swiss mountain. My colleague Jeff Roberts broke news of the $55 million deal last week. Apparently, Coinbase outbid Fidelity, the decades-old financial giant, which has lately been busy getting its own cryptocurrency custody business off the ground.
At least one competitor saw fit to tamp down Coinbase’s triumph. BitGo, an early cryptocurrency custody provider, claimed in a blog post that it has been receiving calls from Xapo customers who are worried about the transfer. “The clients calling us are concerned about the safety of their digital assets,” BitGo wrote. No doubt eyeing a sales opportunity, the firm said it would offer “qualifying clients” a year of custodial service free of charge. (Shortly thereafter, BitGo also hired a top Xapo executive as its chief revenue officer.)
A land-grab is clearly underway—pun intended, given Xapo’s granite fortress—and other rivals want a piece of the action too. Let’s not forget Anchorage, a startup that recently raised millions of dollars from Visa. (Both companies are founding members of Facebook’s cryptocurrency coalition, Libra.) And Bakkt, a sibling of the New York Stock Exchange which counts Microsoft and Starbucks among its backers, finally appears poised for its long-awaited debut. The venture said Friday it had received a regulatory green light; it plans to launch its product on September 23 (despite originally planning to launch at the end of last year).
If institutional money is truly going to flow from the sidelines into the digital asset industry, as many cryptocurrency enthusiasts hope and expect, custody will be key. Earlier this year when I spoke to Chris Dixon, a cryptocurrency investor at Andreessen Horowitz, he described custody as “the single biggest piece of infrastructure holding back the growth of the space.” A lot has happened since then.
Brian Armstrong, Coinbase’s CEO, is ebullient about the prospects. “The institutional space for crypto is going through a period of incredible growth. Many still don’t realize it,” he wrote in a post on Twitter earlier this month. Custody “has been a huge unlock for the industry,” he added.
The real unlock will come, however, when regulators issue clearer guidance about what exactly constitutes a qualified custodian in the realm of cryptocurrency. In July, the Securities and Exchange Commission and the Financial Industry Regulatory Authority, or FINRA, released preliminary joint guidance on the issue. But the statement didn’t do much to clarify the situation, other than to serve as a signal that the powers that be are mulling the question.
In the meantime, institutional investors courageous enough to move ahead in the cryptocurrency market must choose their custodians carefully. I have a meeting scheduled later this week with the head of digital assets and blockchain at State Street, the world’s second biggest custodial bank, and you can bet I’ll be probing the subject with him.
Robert Hackett | @rhhackett | [email protected]
* More Details Here

Facebook is about to buy Coinbase in my opinion.

Facebook has now bought 2 Andreeson Horowitz companies in Instagram for 1bn and Oculus for 2bn. Mark Andreeson sits on Facebook's board and his partner Chris Dixon sits on Coinbase's board.
Facebook owns Whatsapp which has half a billion users and climbing with many of the users in Emerging markets such as Africa, Eastern Europe, Asia etc. Whatsapp may soon reach 1bn users.
Whatsapp + Coinbase would be a killer combination allowing people to send Bitcoins to each other instantly over a messaging app.
Coinbase recently raised $25m at well over $100M valuation. The next play is an exit to Facebook for well over $1bn in cash and stock.
Connecting. Messaging. Virtual Reality. Digital Currency.
Thoughts?

How To Pay Off Your Mortgage Fast Using Velocity Banking How To Pay Off Your Mortgage In 5-7 Years - Duration: 41:34. Think Wealthy with Mike Adams 812,021 views Chris Becker is an economist and cryptocurrency specialist at Investec, and probably one of the smartest guys around. Twitter: @chrislbecker +++ SPONSORS +++ Dear SA - https://dearsouthafrica.co ... Bitcoin millionaire Simon Dixon on mindset and investing advice when it comes to bitcoin and cryptocurrencies. Simon Dixon is the CEO & co-founder of online investment platform Bank To The Future ... The basis of cryptocurrencies like bitcoin is the blockchain — essentially a decentralized, public, tamper-proof ledger of all transactions. But the same basic protocol could in principle have ... CAN BITCOIN PUMP TO $12k?! Best Altcoin to buy RIGHT NOW! Today i discuss Stock Market News, Crypto News, as well as conducting some BTC Bitcoin Price Analysis, Eth Price Analysis, DOWJ Price ...